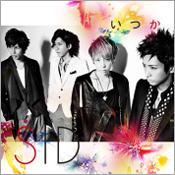 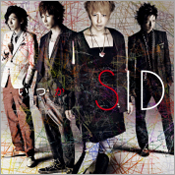 ① いつか (4:51)
The song starts right off the bat with the chorus, which was quite sudden and certainly took me by surprise. It also sounded like Mao was straining his vocals quite a bit during this part, but it calms down once the verses start, coupled with relaxing instrumentals in the background. The guitars continuously have this kind of squeaky tone to it, but it sounds surprisingly good with the entire song. Similar to the beginning, the first few notes sung in the chorus sound strained, but eventually it grew on me over the course of the entire song. I don't usually like verses better than the chorus, but it is the case in this song. The instrumental break after the chorus and guitar solo are both very enjoyable (although unfortunately bass is hardly noticeable in the entire song other than briefly in the bridge), so apart from the initial surprise, this song turned out pretty good.
RATING: 7/10

② 秋風 (4:13)
The intro is very cute, with the high notes that sound metallophone-like. As soon as the vocals start, it was like wow instant melt, as expected from Mao's voice. The melody of this song is very catchy, happy, and upbeat, especially the chorus. I love the pre-chorus, when both the vocals and instrumentals do this dramatic, gradual build-up to the actual chorus. Drumming isn't spectacular or anything, but it keeps the song at the perfect pace. The gutiar solo is at a lower pitch than what seems fitting with the song... the guitars in the outro actually sound more like what I would have expected for the solo. But overall, this is an adorable song and sounds like the perfect thing to listen to when you're having a bad day, and it would cheer you right up. Also fitting for the season, given the title.
RATING: 7.5/10

I wouldn't exactly call myself a fan of SID since I don't listen to them on a regular basis and can only distinctively remember a few songs by them, but I do like them. Mao's voice is very soft and relaxing, and their music sounds good. Their music has always been consistent, which may be a good or bad thing, depending on your perspective. That being said, I don't really know why I'm not a bigger fan of them, so let's fix that, shall we?